We help educators make evidence-informed decisions about edtech tools and how to effectively and equitably implement them in their learning spaces.

Founded in 2018, we are a nonprofit structured as a public charity funded entirely through grants from a growing list of funders, including the University of Virginia School of Education, Strada Education Network, Carnegie Corporation of New York, and the Chan Zuckerberg Initiative.

We are building a community

Our team is made of a community of educators, edtech experts, and district decision-makers committed to coming together to solve our shared problem: a lack of information about what edtech works where and why. 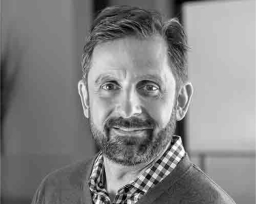 Bart Epstein is President and CEO of the EdTech Evidence Exchange and a Research Associate Professor at the University of Virginia School of Education and Human Development. In these roles, Bart helps to lead a national movement to support educators and institutional leaders to make better informed decisions about the education technologies they select and implement.

Earlier in his career, Bart was in the classroom teaching math, analytical reasoning, and reading comprehension for The Princeton Review before serving as its youngest-ever Master Teacher. Bart has served as an investor, board member, advisor and mentor to numerous education and technology companies and as a member of the Digital Promise Research Advisory Board.

Bart earned a B.A. from the State University of New York at Binghamton and a J.D. from the University of Virginia, where he was an editor of the Virginia Law Review and a John M. Olin Scholar for Law & Economics. Bart served as a law clerk to the former Chief Judge of the United States Court of Appeals, 9th Circuit before working as a corporate attorney for Latham & Watkins.

Bart speaks and writes frequently about the importance of valuing merit over marketing in the selection of education technologies for our nation’s classrooms. He currently serves on the board of ASCD, the nation’s largest nonprofit, non-union, nonpartisan organization dedicated to teacher advocacy and professional development.

In his free time, Bart is an instrument-rated commercial pilot, volunteer pilot for Angel Flight, and former Civilian Test Pilot for NASA Human Factors Research. For nearly ten years Bart has served as President and Chairman of Gifts for the Homeless in Washington, D.C., which is tied for first place as the most efficient charity in the nation. 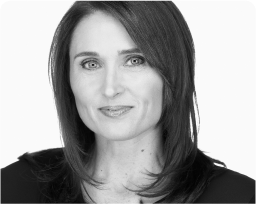 Dr. Christine Tomasik, NBCT is the Chief of Staff and Director of Partnerships at the EdTech Evidence Exchange.

At the EdTech Evidence Exchange Christine builds relationships while leading and directing internal and external special projects. She is a “utility player” with a passion for advancing strategic initiatives collaboratively with colleagues and partners who “dream big, have fun and get stuff done.” When it comes to selecting and implementing education technology, Christine values merit over marketing and knows #ContextMatters.

Prior to joining the EdTech Evidence Exchange, Christine was the Chief Learning Officer at mindSpark Learning and led the organization’s Learning Team which created and delivered relevant, highly interactive and engaging professional learning experiences for educators nationwide.

Christine was also the Director of Special Projects at the George Washington University Graduate School of Education and Human (GSEHD). She led several of GSEHD’s multi-faceted, interdisciplinary projects and managed the sponsored research portfolio for the Office of the Dean. During her tenure at GW, Christine led programs that facilitated the professional growth and development of thousands of the region’s educators.

Christine began her career as a 4th grade teacher in Philadelphia, holds an Advanced Professional Certificate from the state of Maryland, and is certified by the National Board for Professional Teaching Standards as a Middle Childhood Generalist. She earned her doctorate in Human and Organizational Learning from George Washington University. Across her 20+ years in education, she’s taught elementary and middle school aged children from diverse backgrounds in both urban and suburban settings, supervised pre-service teachers, conceptualized and led a graduate certificate program, earned $5M+ in grant funding, and developed and led the National Board Candidate Support Network in Montgomery County (MD) Public Schools. 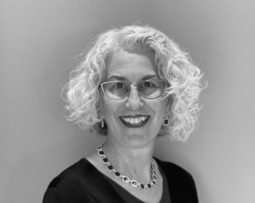 Dr. Kate Tindle is the Director of Field Research at the EdTech Evidence Exchange.

At the EdTech Evidence Exchange, Kate works directly with school partners to gather contextual EdTech implementation data from teachers and administrators. This data tells the story of what is and is not working in their schools – and why. She builds strong research teams by recruiting and training highly qualified research assistants who support onsite data collection. The research team engages in collaborative data analysis in ways that value teacher voice into how and why EdTech implementation works or doesn’t work in their context.

Kate began as a middle school science teacher in public schools along the East coast. Over her 15 years, she worked in leadership roles to elevate teacher voice in school-based decisions. She worked with new teachers and student teachers to help them navigate their multifaceted responsibilities and understand the complex learning needs of students and how to meet them.

Kate left the K-12 classroom to prepare pre-service teachers for high-needs urban schools at The George Washington University. The teacher preparation program Kate directed involved developing a technology-infused literacy curriculum for high school students with low reading levels. There were computers for every student and other types of technology such as Whiteboards and literacy software. This allowed Kate to facilitate innovative integration of EdTech tools through the lessons pre-service teachers created and delivered to high school students.

As a researcher, Kate has conducted many educational program evaluations and studies involving teacher perceptions. When she directed urban teacher preparation at GW, she looked into what contextual factors influenced pre-service teachers’ instruction to make them effective with their students. She also researched teachers’ perceptions of when, during their preparation program, did they recognize themselves as teachers, and what factors contributed to that recognition. Kate is committed to learning about the how and why of teachers’ experiences directly from teachers, to elevate their voice in the research and to make their professional lives more transparent and understandable to them and to the field. 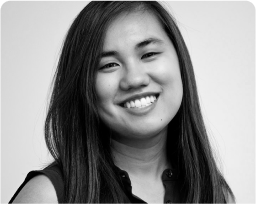 Prior to joining the Exchange, Madelyn worked in strategic research development as Project Manager for the Implementation Group. She worked with clients on project conceptualization and reviewed grant proposals to ensure compliance and competitiveness.

Madelyn was also a Research Assistant at the University of Kentucky’s Center on Drug and Alcohol Research and P20 Motivation and Learning Lab. As a Research Assistant, she coordinated large, multi-year studies and wrote proposals focused on higher education in STEM.

Madelyn received her M.P.A. from American University and her B.A. in Political Science from the University of Kentucky. 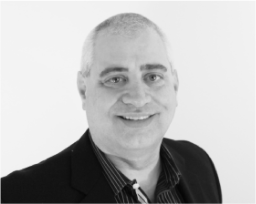 Sean Zinsley is the Chief Product Officer at the EdTech Evidence Exchange.

At the EdTech Evidence Exchange Sean leads the development process for the Exchange Platform. He works close with the Implementation Research team to define the technical requirements for the collection of research data through the contextual factors of EdTech implementations. Sean also works closely with the EdTech Evidence Exchange’s development partners who are tasked with building and maintaining the Exchange Platform.

Prior to joining the EdTech Evidence Exchange, Sean spent 10 years helping to build the world’s largest online tutoring platform, Tutor.com. At tutor he served as both Chief Information Officer and Vice President of Product Management.

Sean earned his B.S. from the State University of New York at Oneonta. His early career was spent working for industry leading software companies including Visio, Microsoft, and Onyx software. 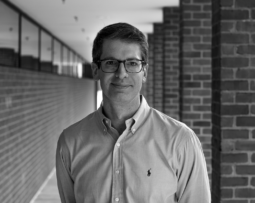 Brian Wright is currently an assistant professor and Director of Undergraduate Programs in the School of Data Science at the University of Virginia. Prior to this appointment he was the Director of George Washington University’s Graduate Data Science programs and served as a faculty member teaching Machine Learning, Introduction to Data Science, and Capstone courses on an annual basis.  Brian also co-founded George Washington University’s Data Science Institute. Prior to joining George Washington University, he organized and lead interdisciplinary teams of researchers at the University of Tennessee, Knoxville as the Assistant Director of the National Defense Business Institute, a government-oriented institute that focused on applying advanced analytical techniques for federal clients. Brian also worked for the DoD as a consultant and federal employee for almost 10 years. His research focuses on the intersection between Data Science and Education with an emphasis on student success.  Throughout his work in both academia and the private sector, he has endeavored to promote a foundation of scientific research methodologies as best practices when approaching data-intensive problems. 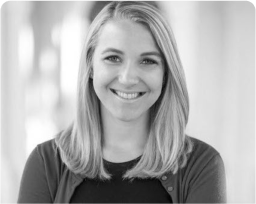 Dr. Emily (Barton) Kohler is a full time research assistant professor at the University of Virginia School of Education and Human Development in the Center for Advanced Study of Teaching and Learning. Dr. Kohler consults for the EdTech Evidence Exchange as our Director of Research, leading research efforts to achieve the Exchange mission and vision. Dr. Kohler led the research components of the EdTech Genome Project, a national effort to discover and define the contextual factors that contribute to the success or failure of edtech implementations. Dr. Kohler is currently working with the Exchange team to develop and populate the EdTech Evidence Exchange Platform, crowdsourcing research evidence from educators across the county.

Dr. Kohler began her career in education as a middle school special education teacher, where she was inspired by the potential of classroom technology. She strove not only to find innovative ways for technology to support learning in her own classroom but also to support her colleagues’ technology integration.

Dr. Kohler received her PhD in Instructional Technology from the University of Virginia where she taught courses for preservice teachers on instructionally-grounded technology integration. Using a design thinking framework, Dr. Kohler aimed to provide students with the tools necessary to implement educational technology in a rapidly changing digital world such that it adds value for student learning and addresses instructional challenges.

As a researcher, Dr. Kohler has worked on the Institute of Education Sciences-funded projects such as MyTeachingPartner-Math/Science and CANLEAD. Through her work on CANLEAD, Emily focused on how leaders learn about and support technology integration such that teachers learn about and carry-out high-quality integration. She is particularly interested in mixed methods design, using qualitative methods to explore and deepen understanding of quantitative relationships. Drawing together her work in instructional design and research, Dr. Kohler considers new ways to present and communicate research to a wide audience such that we can expand the reach of new knowledge. 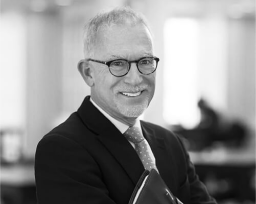 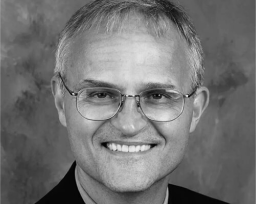 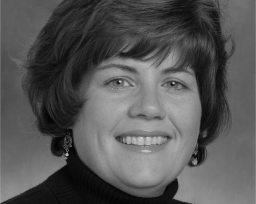 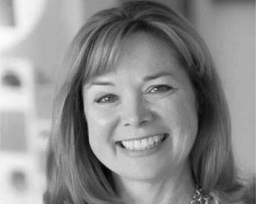 The time has come to give the education professionals the mechanism, shared language, incentives, and support they need to document their work for the common good.

Robert C. Pianta Dean of the University of Virginia School of Education and Human
Development, and Chairman of the Board for the EdTech Evidence Exchange 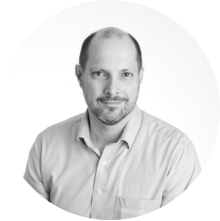 We know that the effectiveness of technology in the classroom depends on a constellation of factors, from school culture to technical capacity to support from school and district leadership.

Want to learn more about our work?